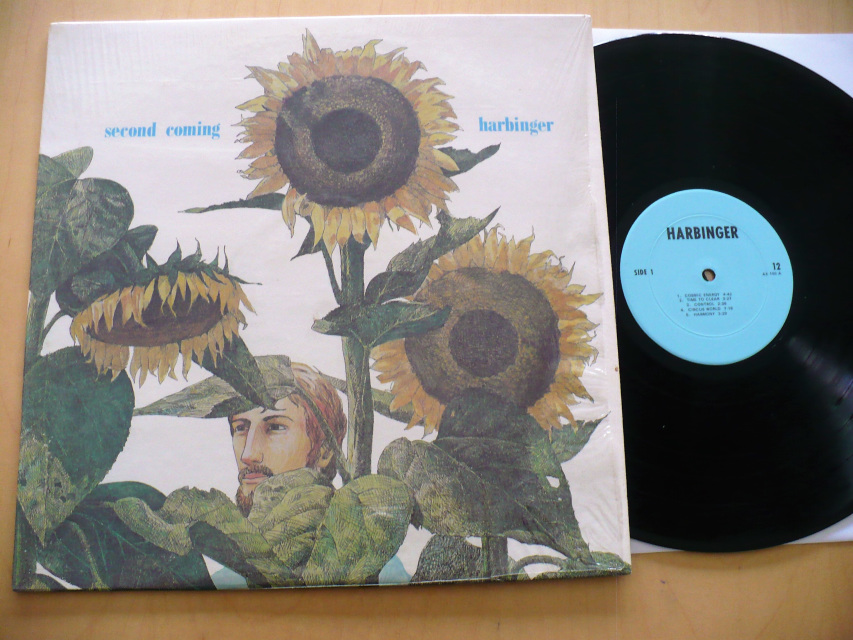 Mega Rare Private second album released by loner/downer folk legend Dave Bixby. The album was sold exclusively at concerts & services in Michigan and Ohio. Most of the material was written around the same time as Ode to Quetzalcoatl. According to Bixby: “I think this second album had more people in it, so you're gonna get a little more aliveness because there's more than just David Bixby in there.” Bixby is joined by Brian MacInness on guitar, Sandy Johnson on vocals and Don DeGraaf on bass and production duties. Don was in fact leader of the, in the end, religious destructive cult known as “The Group”, of which Bixby and Brian were part of. This is all likely why this album is even harder to find than his first, it was not only a private pressing but strictly a cult album, which was sold at services and concerts. When those responsible for the reissues were looking for source copies of the albums (no master tapes exist) they could only track down 2 copies of Second Coming.  That just shows how rare it is... Condition: Cover M- still in the shrink wrap! Disc is also M-! TOP COPY!