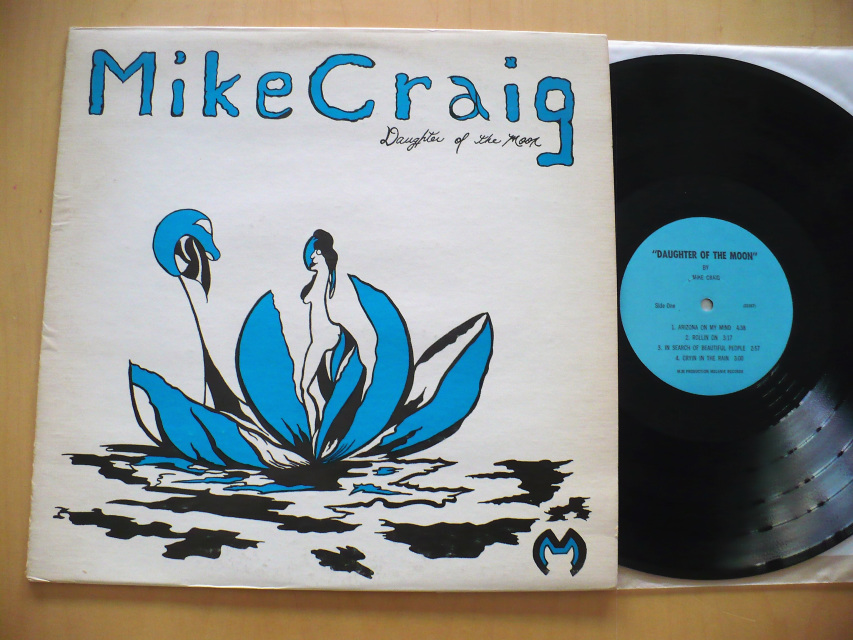 MIKE CRAIG- DAUGHTER OF THE MOON

The album cover was to be controversial and odd so artist/model Maggie Blackburn was commissioned, her cover turned out to be odder than was hoped for. There was no time to change it so it went to press. Mike went to the record plant and took the stampers so no more of the albums could be made. The record plant had shipped out possibly 200 of these albums before mike was able to stop them.” … so there you have it. ONLY 200 or LESS copies pressed! Extremely Rare 1973 Private Pressing Acid Folk Psych out of Arizona.  Great LP with desperate vocals, Electric Acid Guitar weaving in and out of some tracks, Tablas, female backing vocals, occasional flute. Solid cover with only very mild general wear. Perfect labels. Vinyl is clean, solid copy for sure, and not likely to be popping up for sale again any time soon.  CONDITION: COVER:EX VINYL:EX Beyond hard to find and highly recommended to lovers of acid folk and psychedelic folk privates!