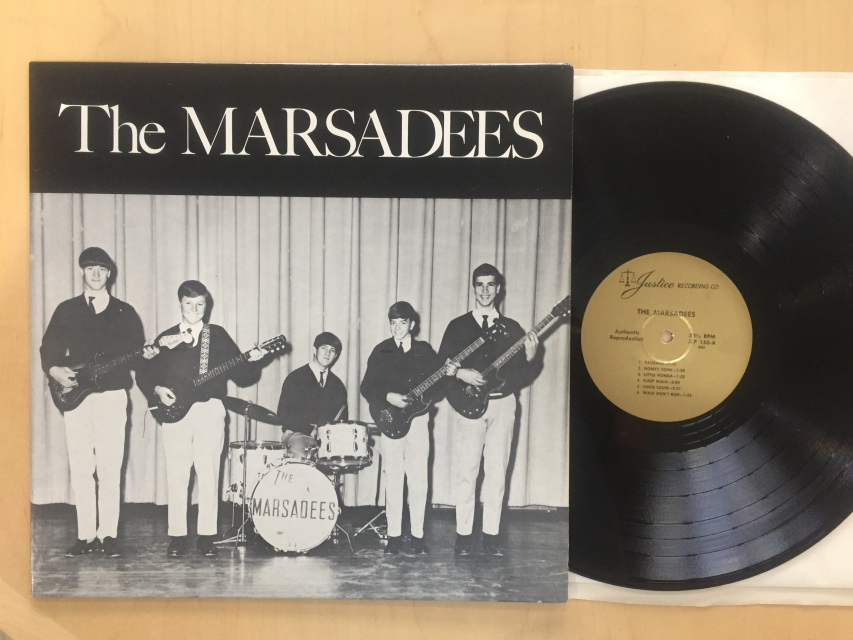 As anyone who collects Justice albums knows, pretty much everything on this obscure label is rare, but 1967's 'The Marsadees" is in a league by itself. Mega-collector Hans Pokora lists this one as a five star rarity in his 1001 Record Collector Dreams reference book. Clearly, good luck finding another original copy … This copy has been locked up in my collection for decades. Only 100 known copies are said to exist. I guarantee you will have a very hard time finding one in any condition but impossible to find a M-/M- copy! Some very fine surf/garage sounds featuring reverb soaked and twangy guitars and surf drums. Unlike many Justice label acts, little bibliographical information is actually available on this group. The band formed in 1964, friends attending Lexington High School in Lexington, South Carolina. The band line up featured rhythm guitarists Bobby Arehart and Larkin Corley, Larry Ingram on drums, Dennis Steele on lead guitar, Stack Harmon and Bobby Arehart vocals. Like so many other groups, they enjoyed a bit of local success playing local parties and dances (the LP photos look like they were snapped during a performance in a high school auditorium). Those successes apparently led the group to decide to record a self-financed album on Justice - 1967's "The Mersadees". JUSTICE RECORDING CO JLP-150