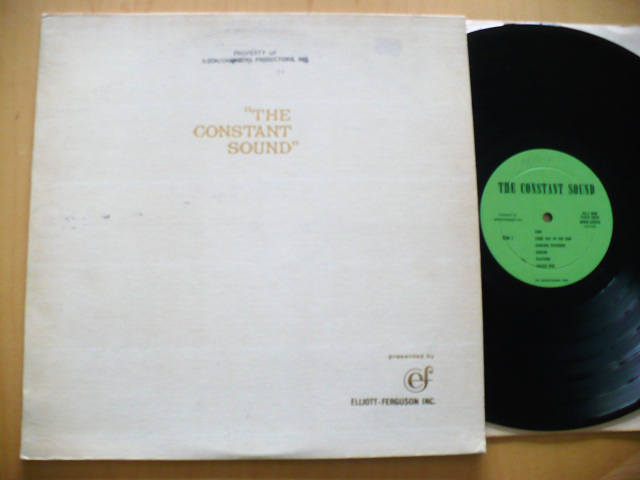 BEYOND RARE AND BARELY KNOW TO EXIST LATE 60'S WEST COASTHOLY GRAILSUNSHINE POP PSYCH LP! THE CONDITION OF THE GOLD EMBOSSED COVER IS A STRONG VG+ WITH A SMALL STAMP ON THE FRONT AND BACK COVERS, NO SEAM SPLIT OR WRITING. THE CONDITION OF THE DISC IS A GORGEOUS M-! THERE IS LIGHT WRITING IN PENCIL ON BOTH SIDES OF THE LABELS. "LYRICS" IS WRITTEN ABOVE THE TITLE ON SIDE ONE. ON SIDE TWO "LYRICS BY D. WILSON" (THAT D. WILSON?) ABOVE THE TITLE AND A SMALL DASH NEXT TO THE SONG "CANDY EGG". "CANDY EGG" IS THE ONLY SONG FROM THIS ALBUM I COULD FIND ON YOUTUBE.

“A circa 1967 demo LP from a mystery band who deliver a dozen well-written, well-arranged & well-performed tunes in the California sunshine style, recalling Birmingham Sunday in particular. Unknown albums in this style aren’t many, & this is likely to blow the mind of any genre fan, as it delivers on all the key areas & has no obvious weaknesses. The band’s opening theme song is great, but perhaps the most remarkable thing is ‘Avalon’, an obvious tribute to Chet Helms’ acid-rock palace, where these easy-breezy LA sounds were hardly the favored music. Housed in a gold-embossed title sleeve with no other clues except a ‘Elliott-Ferguson Inc’ producer credit, this may have been some famous guys sending out a test balloon under an alias; in any event it has to rank as one of the Holy Grails for collectors of ’60s sunshine pop & lyte-psych. Only two copies are known to exist” [PL]