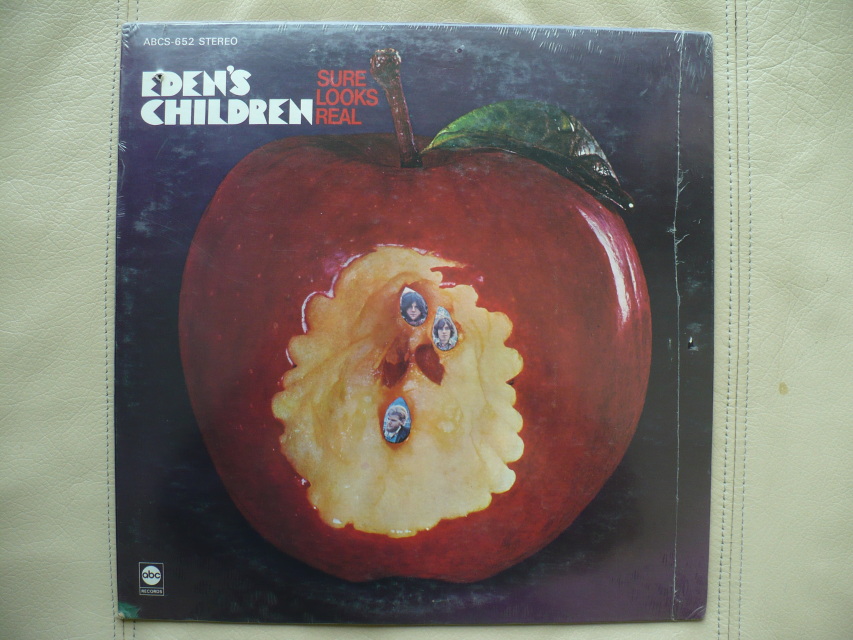 SKU:
$150.00
$150.00
Unavailable
per item
NICE clean collectible ~~ Original 1968 VINYL first pressing in thick gatefold cover...the 2nd big boy from the hard'n'heavy/melodic guitar trio...much loved by collectors of the scene, with a listen, you know why.
In the dark depths of the Bosstown Sound backlash it would be hard to champion your scene amidst charges of 'plastic' and 'lame'. This was the time we threw Eden's Children in their face. Their album was released just after the initial BOSSTOWN -HYPE so they wern't lumped in with the other groups as much. (i.e.The Apple Pie Motherhood Band, The Bagatelle, The Beacon Street Union, Bo Grumpus, Eagle, Earth Opera, Eden's Children, Sure Looks Real, The Ill Wind, Jolliver Arkansaw, Orpheus, Phluph, Puff, and Ultimate Spinach). When they were compared to the others, they held their own....Eden's Children were on ABC records produced by heavy hitter Bob Theile and they even sounded a little different than the rest. They were more gritty. Still psychedelic they were closer to Hendrix than the Grateful Dead.  The Children were a three piece group. All were very good players. Larry Kiley the bass player and Jimmy Sturman the drummer were a constantly interesting rhythm. The main songwriter/singer was Richard 'Sham' Schamach who was also a great 'fuzzed-up' guitar player. While the first album is much loved by all those who love it, their 2nd (and last!) is as well a collectible of the same sort, delivering right from the start in the title track that sounds like a continuance of their first. From there, we run into more gritty kickers with cool sound appeal as well as some primed tunes that cool-out, and get better with each successive spin ...still it is the hot-wired sound that make it, esp for those who love Eden's Children's when they're cookin' with nasty fuzz-tone shooting through the pro-garage sound.  This is a near perfect ORIGINAL STILL SEALED copy, just a tiny drill hole, like most copies I've seen.
$
Add to Cart