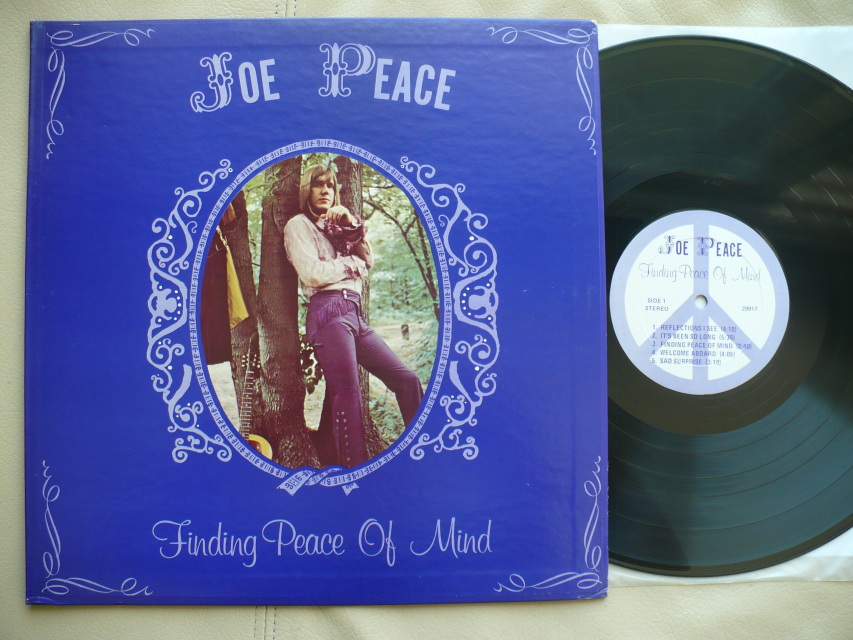 Hippie Singer and Songwriter Joe Peace recorded and released his only album privately in OHIO in 1972, after being a long time on road.  Inspired by his reflections he made on his road trip, by his idol Johnny Rivers, and from some Buffalo Springfield shades, he created 10 catchy original, emotional and poetic themes.  The musical spectrum ranges from westcoast, loner-folk to heavy psychedelic garage rock with an intense groove, deep and energetic vocals backed by stunning fuzz guitars. Truly an atmospheric album,  an underrated pearl, with a unique drive. Original albums nowadays became very rare and have in the meantime reached cult status among collectors.  The condition of the thick cardboard gatefold cover is M-!  The condition of the disc is a nice EX with only a minimal amount of light sleeve scuffs present.  The vinyl still exhibits a nice gloss and it plays great!