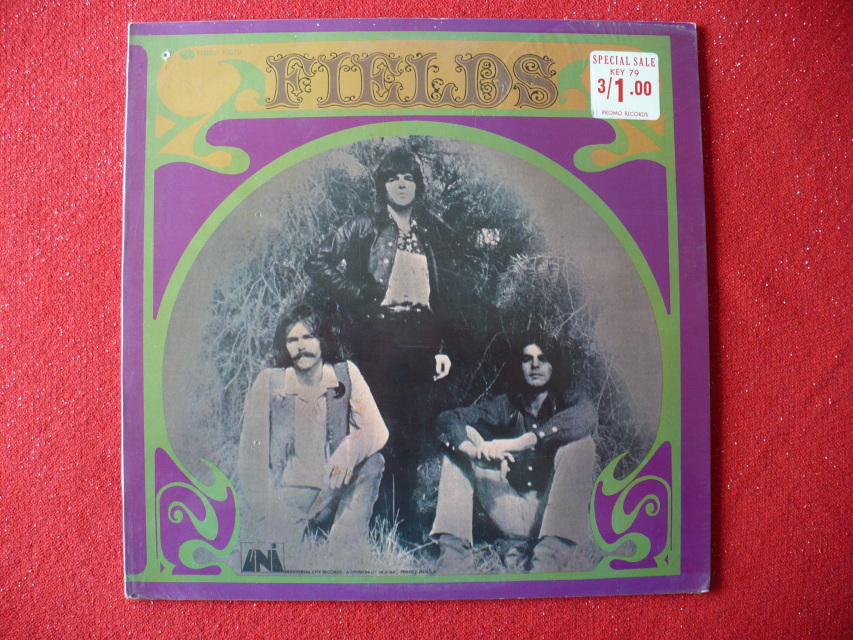 The obscure and highly sought after FIELDS, an underground hardrock psych trio with loads of cool fuzz guitar injected into the original tunes.  Fields were a US psych-bluesrock trio consisting of Richard Fortunato (lead vocals and guitar), Patrick Burke (bass) and Steve Lagan (percussion).  They existed for only about a year or so, released one single (Bide My Time), this eponymously titled album, and they collapsed after touring together, yeah, vanished witout a trace.  The LP itself comes in a somewhat op-art psych-pop designed gatefold sleeve, with the cover mixings of purple, green and mustard-yellow, with a sepia band photograph forming the centrepiece.  Musically, this is a blending of styles, but it works quite nicely. An obvious influence is the hard blues-rock of the likes of Cream, but there’s also acid-rock and psychedelia --and the album as a whole is very raw.  This is a beautiful, original, still sealed copy with a tiny drill hole in the upper left corner and a bit of the shrink torn at the upper right corner.